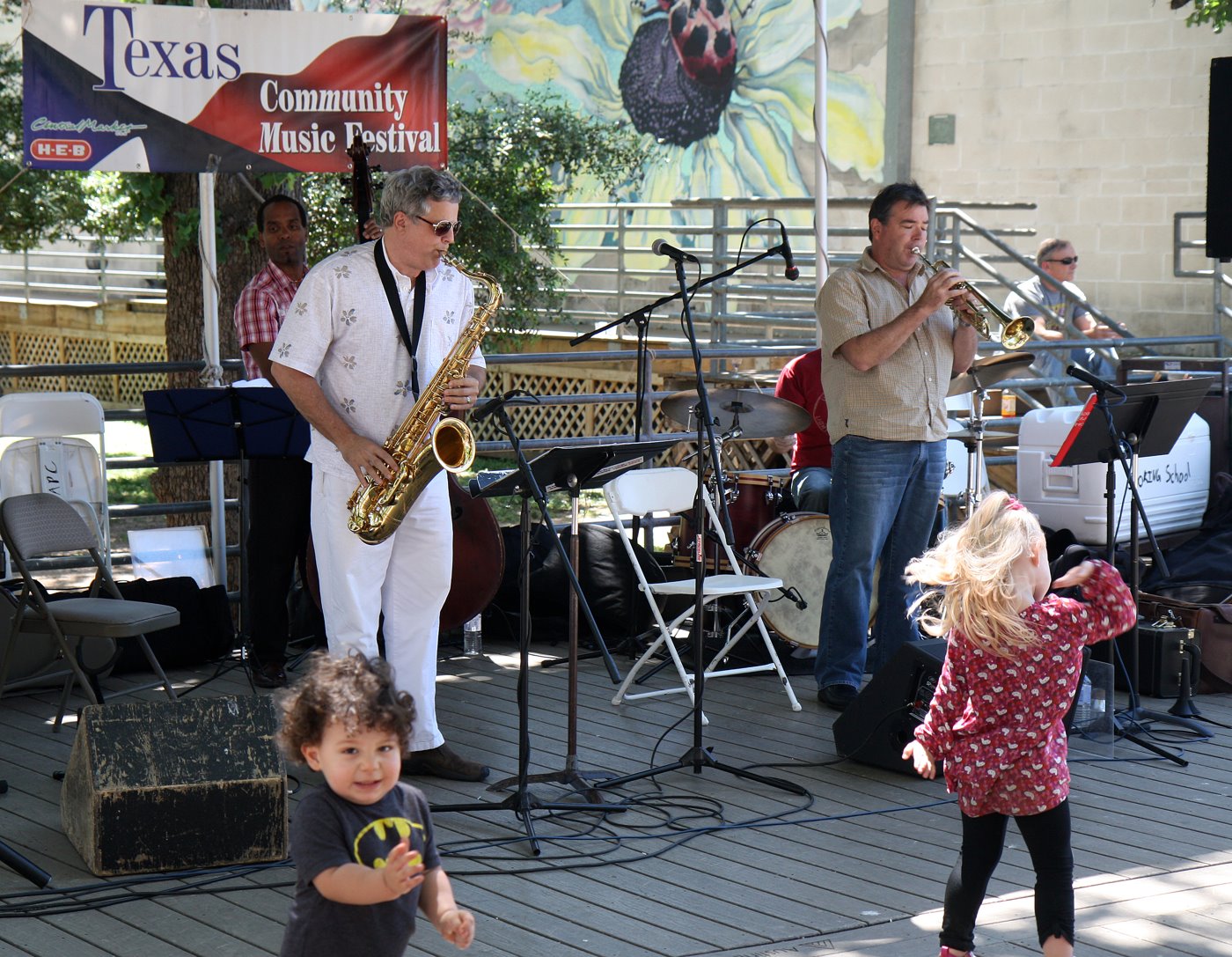 Austin Jazz Workshop will be part of opening day, with their 2013-2014 program devoted to the music of Sonny Rollins.

AUSTIN — The ninth annual Texas Community Music Festival (TCMF) will be held April 12-27, 2014, at Central Market North in Austin, and will feature Texas’s most diverse lineup of musical performers presented this year.  Ranging in size from single performers to ensembles of 70 pieces or more, and running the musical gamut from classical to rock to jazz to world beat and everything in between, TCMF IX truly has something for everybody’s musical taste.

In 2013, TCMF convened twice, in the spring and fall, so the 2014 TCMF is the 10th Festival presented in what’s become known as the most eclectic musical festival in Texas.

Since 2006, tens of thousands of music lovers have enjoyed the spectacular Austin spring weather and music and dance performances at HEB Central Market North, The Triangle, Scholz Garten and a variety of venues throughout the Capital City.  The 2014 festival, again, will be held entirely at Central Market North, thanks to the generosity and long-term commitment of HEB and Central Market.

The 2014 TCMF promises to continue the tradition, as performances will be staged over two weeks at Central Market North.  Because of the Easter Holiday, this year’s festival will have a slightly different performance schedule than usual:

The festival is hosted by the Austin Civic Wind Ensemble, Austin’s oldest community band and is sponsored through the generosity of Strait Music, H-E-B and, for the ninth consecutive year, Central Market North.  Additional sponsorship has been provided by Russell Korman Jewelery and Special Addition.

Please consult the festival schedule for details on all TCMF performances and performers, at https://tcmfestival.com