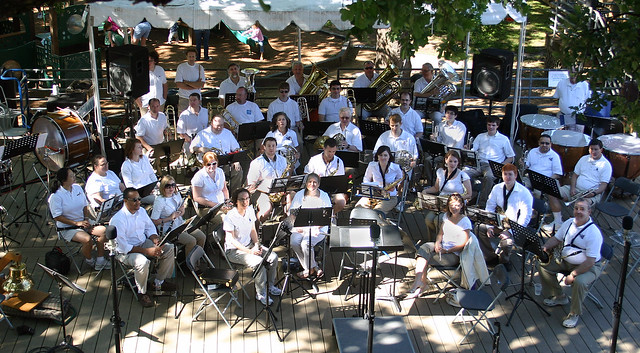 The Austin Civic Wind Ensemble is Austin oldest community music group, formed in 1975.  A decade ago, ACWE representatives approached the City of Austin about creating and promoting a festival of Texas’ “community” musicians.  And TCMF was born!  Come hear Austin’s oldest (and greatest) community music organization as we kick off the EIGHTH ANNUAL TEXAS COMMUNITY MUSIC FESTIVAL, at 11am, Saturday, April 20, at Central Market, and again on Sunday, April 28 at 8pm.

Created in 1975, the Austin Civic Wind Ensemble (ACWE) is a community ensemble formed of both amateur and professional musicians. It is the oldest civic band in Austin.

The mission of the band is twofold:

The ensemble has a diverse membership, averaging around 65 musicians, from high school students to college professors, software engineers, composers and band directors. We’re a lively group whose common link is a love of music, community and performance.

We are busy preparing for our Spring concerts and the Texas Community Music Festival, which will be held April 20th – 30th at Central Market North. More Info. Our concerts in the spring will feature a Latin theme and include Vientos y Tangos by Michael Gandolf and El Salón México by Copland. Hope to see you there!