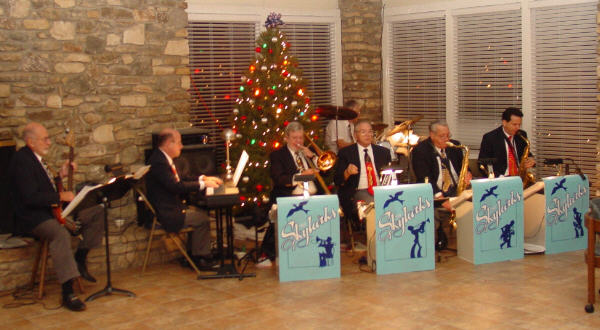 The Skylarks will be making their second appearance at this year’s TCMF!  Come see them at 5:15pm, Saturday April 20!

The Skylarks is a 7,8,9 piece group. Over the years, they have traditionally played dance music, but their repertoire also includes traditional jazz, some Dixieland, and basically just fun stuff.

All of the members of this group are also members of The Flashbacks, which is a big band, which has been around since 1982.

At this year’s TCMF, the Skylarks will present a mixed program guaranteed to get your toes a’tapping!  Maybe even a fiddle tune.