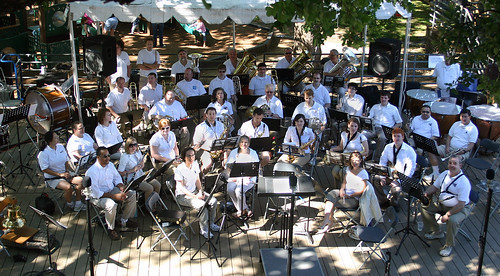 Adorned with photographs and posters from culturally significant events that have taken place on the Café deck, the art display will encompass the remarkable diversity that is so much a part of Austin.

The Café will be permanently transformed with unique images showcasing Central Market’s role in supporting culturally awareness and community diversity in Austin. Central Market’s original store on North Lamar is celebrating 15 years as a premier culinary destination, world market, community center, concert/event venue, community benefactor, and with out doubt, the funniest grocery store in the world. Photographs and posters from events such as Nowruz (Persian New Year), Mahatma Gandhis’ Birth Day Party, Juneteenth, Passover in the Hood, and Dia de los Muertos will be prominently displayed throughout the Café space. Join Central Market in celebrating culture and diversity on April 29, 30, and May 1 with an all out musical salute, featuring an assortment of music from around the world.

This is the sixth consecutive year Central Market has hosted the Texas Community Music Festival.  The Festival, organized and conducted by the Austin Civic Wind Ensemble will continue at Central Market and at The Park at The Triangle through Wednesday, May 11.  Check the TCMF Schedule for the entire lineup of musical groups, including the largest group of first-time performers since the first year of the TCMF.